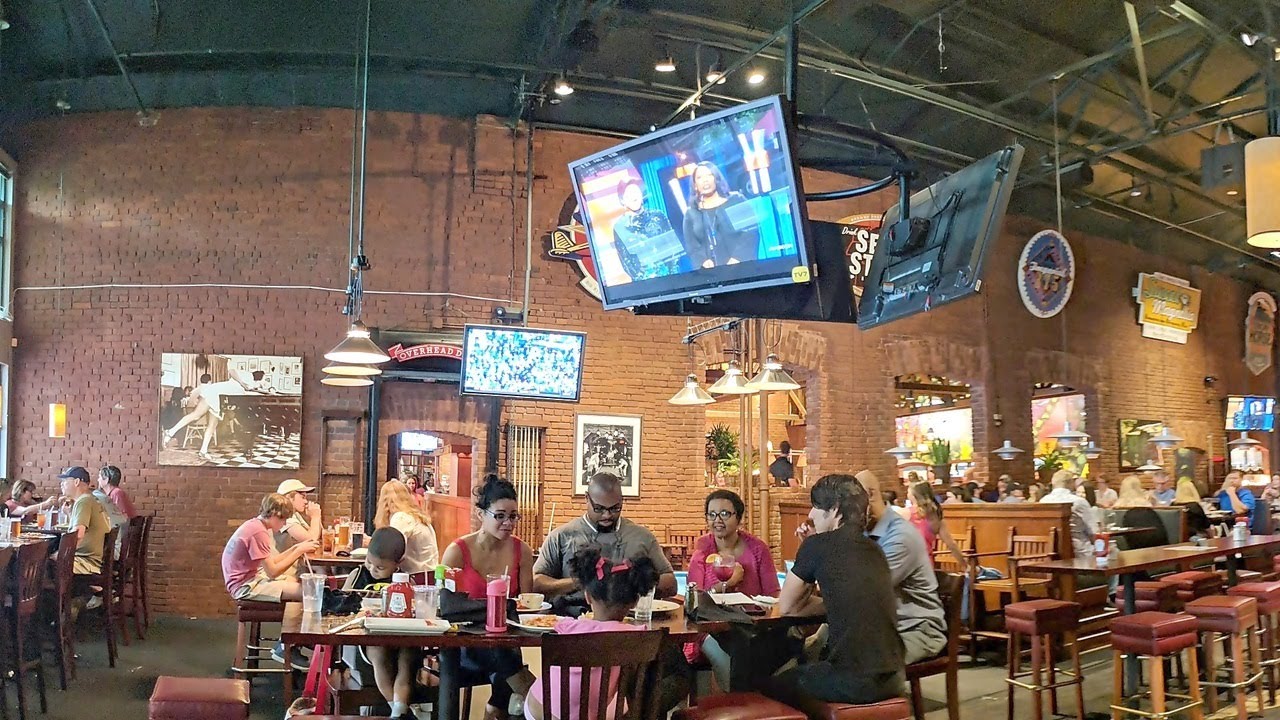 Chattanooga’s West Village is the newest dining destination in town. In comparison to other neighborhoods in the Scenic City known for their food offerings, such as the Northshore and Main Street/Southside, West Village is small—about one city block. But from a taste of Italy and south-of-the-border fare to flavors that are all-American, the one block making up West Village is packed with flavor. Unlike other food areas in the city, you won’t have to walk far to find what you’re hungry for, making West Village a pedestrian-friendly place where food and hospitality are the primary focus. Here’s a look at the smorgasbord of culinary offerings you’ll find contained in the area between M.L. King Boulevard and Eighth, Chestnut, and Pine streets.

At the intersection of Chestnut and Eighth streets, Alimentari is a cornerstone of culinary happenings in West Village.

Javier Peralta-Ramos hails from Argentina, but with the help of an Italian stepfather, he learned the intricacies of Italian cooking at a young age by creating the handmade pasta and learning just the right amount of seasoning needed to bring tomatoes and capers to a mouth-watering crescendo for his Tagliatelle Puttanesca. The eatery has quickly become a place for everything from business lunches, to after-work cocktails, to ladies-night-out on Thursday evenings.

The offerings—starting with mouth-watering antipasti such as Cozza al Vapore (mussels with fennel and white wine) and crispy calamari—through the Secondi (main course) and on to Dolci (dessert), are all made from scratch. And the restaurant has recently added weekend brunch to its repertoire. The menu is an Italian version of what Chattanoogans expect for brunch, says Peralta-Ramos. “It’s food designed to go to your pleasure senses.”

An architect by training, he took care in selecting the restaurant’s décor, wanting it to, in part, mirror that of other buildings in downtown Chattanooga. Windows surround the dining and bar areas, bringing in natural light, while a ceiling with exposed beams and piping add a rustic, modern touch. The colors and textures of wood, with gray tables and blue upholstery on chairs and banquette seating, are meant to represent the Earth’s natural elements—forest, river and stone, Peralta-Ramos says. “We want to connect with everything around us.”

Take the freshest of ingredients and pair them with the best tequilas—some you may have heard of and others you most likely have not—and you have the makings of West Village’s newest eatery, Citron et Sel.

The menu focuses mostly on made-to-order tacos, specialty sauces, freshly made salsas and guacamole, and one-of-a-kind dishes. It’s simple and straightforward which makes it a great midday spot for those looking for a quick in-and-out during their lunch hour, or a fast-casual place to sip on high-end tequilas after work.

In comparison to other West Village restaurants, Citron et Sel is on the small side. It seats around 70 people, but it helps fulfill the mission of developers/brothers Byron DeFoor and Ken DeFoor in creating a cosmopolitan atmosphere with flavors from around the world.

Dining at The Westin

When The Westin hotel opened at the corner of M.L. King Boulevard and Pine Street in late 2017, an emphasis was placed on food, not just for the tourist trade, but for the local population, as well.

As the primary restaurant in the hotel, Durato caters to hotel guests, serving meals breakfast through dinner. It’s an interior eatery—no windows and the lighting is bright. But what it lacks in ambiance, it more than makes up for with a bill of fare created by executive chef Brian Ward who takes your palate on a road trip around the South and across America. Diners will find an interesting mix on the menu that evidences this juxtaposition of cuisines—a fried green tomato BLT next to a mahi-mahi sandwich; or cast-iron fried chicken on the same menu with chicken piccata. “We’re trying to feel out the locals, too, to see what they want,” Ward says.

The menu at Dorato carries over into the Dorato bar where local beers are served as well as top-shelf liquors and wines. The bar is positioned to take in the activity of the Westin lobby in addition to the outdoor areas. Floor-to-ceiling windows and a lack of walls create an open and airy feel. Seating is at the bar or at small tables where meals can be served in a casual setting.

When the weather is right, the patio off the bar and lobby area which faces Pine Street is open for cocktails and dining, making guests feel a part of the West Village vibe where laser shows and live music happen every Saturday night. Again, the Dorato menu is offered for this outdoor dining experience including sandwiches, salads (such as chicken Caesar or the Wedge), small plates and shareable. Entrees like the Farm Chop, a beautiful frenched pork chop laced with a brandied apple demi-glace and served with grilled yams and sauteed spinach, are also featured.

The view is dynamic, the food delicious and the drinks daring. Alchemy is located on the top floor of The Westin and with massive windows that surround both the bar area and its “outdoor” seating arena, the mountains of the Tennessee Valley make for a stunning backdrop. The Alchemy bar has become a favorite place for locals to come “get their game on”—as there are a number of televisions for sports fans—or to venture in for a post-work cocktail. The menu is scaled down, limited mostly to appetizers, but there are some sandwiches and two entrees—Scottish salmon and a grilled filet with Yukon potatoes and asparagus for heartier appetites.

Weekends get crazy here, with the street fairs, laser shows, and other happenings in West Village. Though the bar seats up to 90 people inside and out, there’s standing room for around 300. And there have been occasions when there’s no standing room remaining. It gets that busy.

Alchemy has a nice wine list and offers beer by the bottle and on tap, many of them local, and has a nice selection of the finer spirits such as Angel’s Envy bourbon and Macallan 18-year Scotch. The bar also has a creative mix of specialty cocktails, such as the Smoked Manhattan—one of several smoked in a small smoker tableside.

An oldie gets new life
Innside Restaurant has been a fixture for the downtown breakfast and lunch scene for decades. Now, though, with increased activity in what was once an area of town that died after 5 p.m., Innside is open till 7 p.m. so folks can eat dinner in or take out its famous meat-and-three dinners, burgers, sandwiches, and salads for which it has become known. Inside is located inside the Pinnacle Building at the corner of Eighth and Chestnut streets.