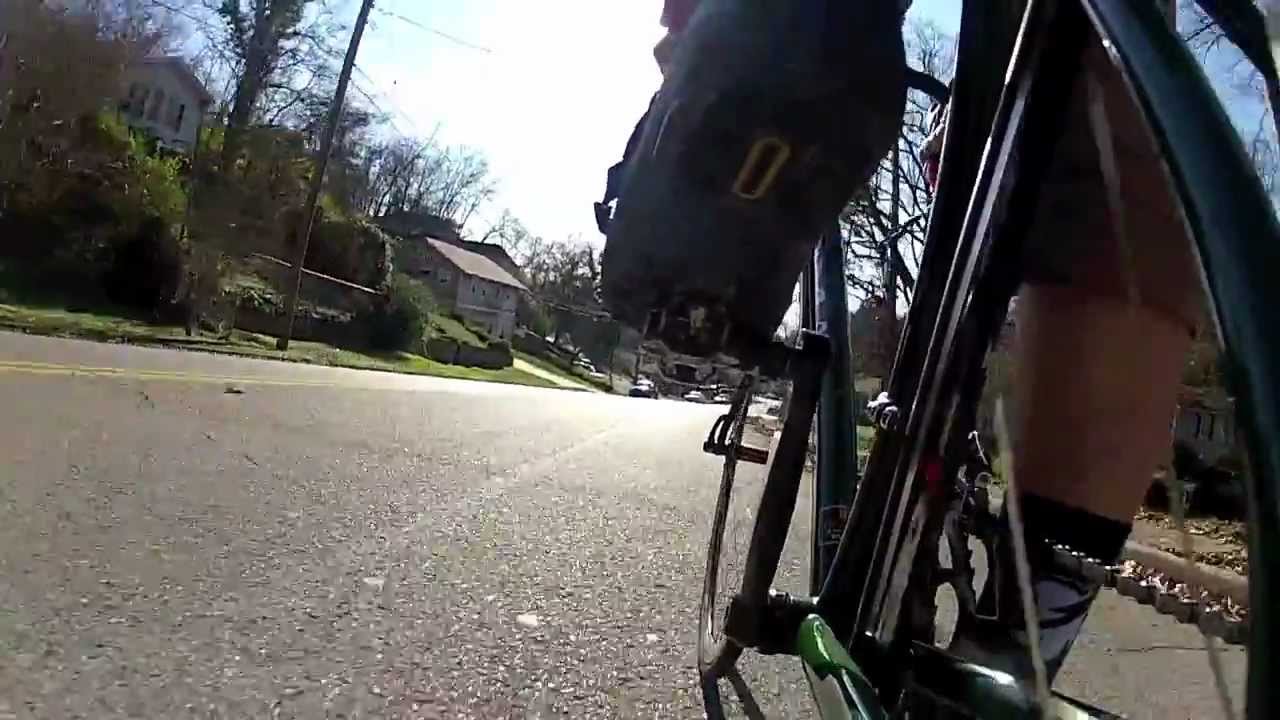 Chattanooga is a top destination in the Southeast for outdoor activities. It’s easy to see why-this thriving river city set against a backdrop of mountains and ridges is perfect for outdoor adventure-seekers.

Getting active outdoors has multiple benefits for the body and the mind, but the idea of “getting outdoors” can seem a little intimidating to beginners, who may not know where to start. How does one begin training for a marathon? Where are the best hiking and camping locations? Is there anyone who can help me become a better cyclist? Even veteran athletes that are new to the area, or who would like to get to know other like-minded athletes, benefit from a community of enthusiasts.

That community can be found in Chattanooga’s outdoor sports clubs. Groups of people already practicing a sport provide support, encouragement, knowledge, and friendship for both beginners and veterans. Chattanooga has a number of active clubs, so if you’re looking to get outdoors with others, look no further.

The Lookout Rowing Club is certainly one of Chattanooga’s oldest clubs. Founded in 1876, it was disbanded shortly after, but some local rowing enthusiasts- mostly UTC students-started it up again in 1974. Last year, the club had 69 members. Henry Magnuson, president of the club, joined in 2003 when his son, who had learned rowing at McCallie School, taught him over the course of summer before going to college.

“It was initially a frightening experience,” he says. “I had rowed before in wide boats but never anything sleek and narrow, and prone to capsizing, like a racing shell.”

To help beginners get used to that new experience, the Rowing Club offers sculling classes throughout the summer. All new club members must take a rowing and flip test before they are accepted. Beginners take the test after their classes, and more experienced scullers can take it right away. Members then have access to the club’s nearly 30 boats to practice on their own schedules. Magnuson says it didn’t take him long to start enjoying the sport.

“The beauty of the river and the experience of doing what many people cannot do was enough to keep me coming back,” he says. “Now it is something I love to do.”

The rowing club conducts a number of events each year, including the scenic 23-mile Tennessee Gorge Row in the summer and two 5,000 meter races in the fall: the Chattanooga Head Race and the Head of the Hooch Regatta. The Head of the Hooch, hosted in partnership with the Atlanta Rowing Club, is the second-largest regatta in the country, and it has the greatest economic impact of all sporting events held in Chattanooga.

The Chattanooga Track Club began in the 1970s when people decided to get together and run, and make it official. It now has nearly 400 members, many of whom who participate in the club’s annual races, which include the BlueCross Chattanooga Chase, the Chattanooga Waterfront Triathlon, the Scenic City Half Marathon and the Chickamauga Battlefield Marathon.

CTC’s races raise support and awareness for various local and national charities. February’s Scenic City Half Marathon raised $17,000 for eight area charities. The races also bring tourism and business, particularly the Waterfront Triathlon, which nets an average $1 million for the city. Runners come from states across the southeast to participate, as it is the regional championship and qualifier for the USAT National Triathlon Championship. The Waterfront Triathlon was also voted 2009’s Best Triathlon by Competitor Magazine.

Sherilyn Johnson, president of the club, says participating in races has many benefits for those who enjoy running.

“Most races you do for fun, you just get up there and run with your friends,” she says. “And you can see how well your training is going.”

Besides races, the club also hosts a number of weekly runs for all skill levels, from beginners and those recovering from injuries to expert runners who want to push themselves.

Trey Baldwin, an organizer for the Chattanooga branch of Outdoor Adventure Club South, says his club does everything. Activities include hiking, backpacking, camping, kayaking, rock climbing, sky diving, hang gliding, rafting, caving, and any other outdoor activity members can come up with.

The club began in Atlanta and spread to Greenville, Asheville, and Chattanooga. The club in Chattanooga was dormant for about a year until Baldwin, who was a part of the Atlanta club, gave it a new life last fall. Now the club boasts 375 members and an active schedule.

“I just really felt like Chattanooga needed something like that [the active club in Atlanta],” he says. “There was really nothing for people who want to try out everything.”

All of the club’s operations are conducted online. Members suggest ideas for activities and post them to the site, where other members can sign up. With so many members, there’s always someone willing to join an activity.

Member Kim O’Leary just tried rock climbing for the first time a couple months ago. She says it’s not something she would have done on her own, but when she saw someone online organizing a rock-climbing trip, it gave her confidence. “I thought, ‘Oh, I can do that,” she says.

To continue member education, the club will soon feature beginner classes in kayaking, backpacking, and fly-fishing.

The Chattanooga Bicycle Club was formed in the late 1960s, and with 250 active memberships, including family memberships, the Bike Club is still thriving. The club hosts rides nearly every night of the week, and longer ones on weekends. Ride leaders take advantage of the hundreds of different routes the Chattanooga area has to offer, with popular routes in places like Chickamauga Battlefield, Redbank and Ooltewah. The rides range in skill level, and club president Troy Ivey says the club makes sure to have opportunities for beginners to learn about cycling.

“We have beginner rides for people that are interested in biking but may feel intimidated by big groups of people that show up in Spandex,” he says.

Ivey encourages beginners to take the road biking classes offered by Bike Chattanooga, many of which are taught by club members.

The club sponsors two big rides each year. In the spring, the 3-State 3-Mountain Challenge attracts about 2,000 riders. The ride is 100 miles through Tennessee, Alabama, and Georgia, over a mountain in each state. The Sequatchie Valley Century ride is in the fall, and it drew about 600 riders last year.

Sydney Roberts has been a club member since 2007 when she started riding her bike to work. After a 31-mile ride to Chester Frost Park, she was exhausted but hooked on cycling.

“I have been all over Chattanooga on my bike and been to places I didn’t even know existed,” Roberts says. “The weekend rides in the country are a great way to chill out and I always feel good about having spent time outdoors in a healthy activity.”

Before John Rowland joined the hiking club, he spent many years hiking the Great Smoky Mountains alone. As many solo hikers can attest, hiking alone can be refreshing, but so can hiking with others. Rowland says he has enjoyed the support and friendship of other hikers since joining in 2003.

“It’s nice to have other people to go with,” Rowland says. “The camaraderie of it is really nice.”

The Chattanooga Hiking Club just celebrated its 20th anniversary. Two decades ago, a group of people who loved to get together and hike the area’s mountains decided to make their informal group an official club. Now, the club has about 170 members and conducts hikes nearly every Saturday. Those hikes might include a short, easy trip up Lookout Mountain or a strenuous 11-mile trek in the Chattahoochee National Forest. The club also goes on some weekend backpacking or camping trips throughout the year, as well as weekly informal Wednesday evening hikes. Hiking Club members also try to give back to the hiking community by participating in trail clean-up and maintenance.

To sign up for a hike, members contact the designated hike leaders, who lead each hike and make sure the members are up for it, especially the strenuous hikes.

“The hike leaders are the backbone of the organization,” Rowland says. “If people don’t step up and lead hikes, we don’t have anything.”

The Hiking Club puts out a newsletter to inform members of upcoming hikes, and hike information is available in each Thursday’s Chattanooga Times Free Press.